Since conditions on HF are not the best sometimes I wanted to get into a part of our hobby where conditions do not matter: working satellites. And sincve I do not have room for a tracking setup, I selected QO-100 (part of the ES-Hail 2 Qatar commercial television satellite) as my target. ;)

QO-100 is a geostationary satellite, so it has a fixed position over the equator. That means you can use a fixed satellite dish and do not need to track a moving satellite. This is a first, bot as geostationary and as part of a commercial television satellite! The uplink is on 13cm (2400MHz, the same band as wifi), the downlink is on 3cm (10GHz, the same as lots of commercial televison satellites). This also means you can use a lot of off-the-shelf components, which is great as I am not good enough to build things myself...

Below is the bandplan of the Narrow Band part of the amateur lineair transponder: 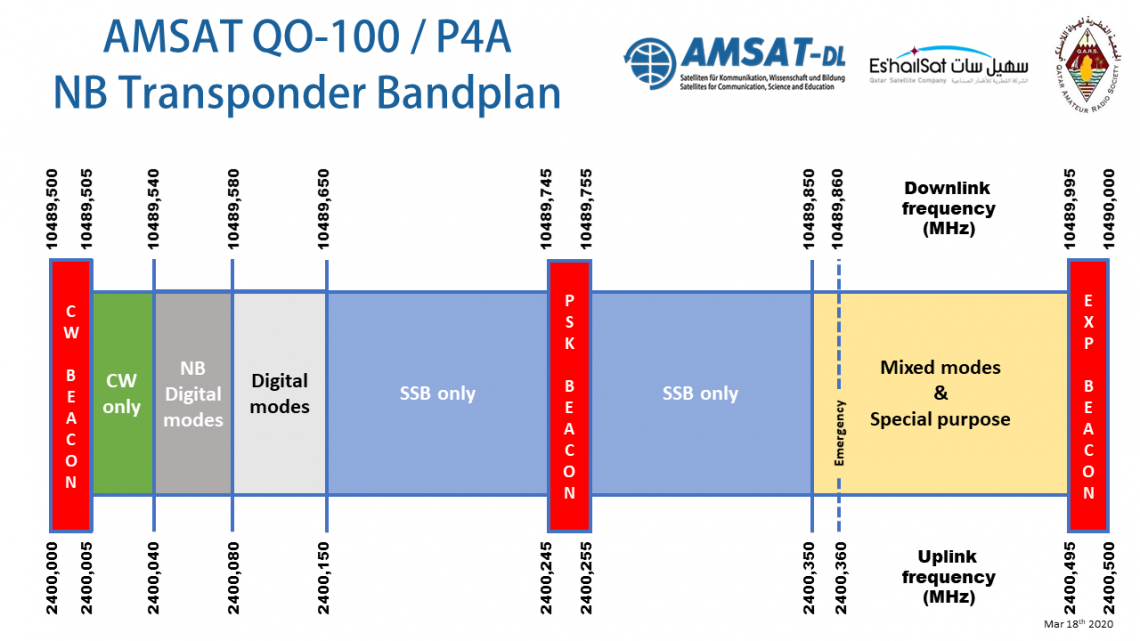 The Narrow Band transponder requires relatively low power to use, since all operations are max 2.7kHz wide. There also is a Wide Band transponder, used for DATV (Digital Amateur TeleVision), but the higher 500kHz bandwidth requires about 200x as much power as the NB transponder. That means bigger amplifiers or bigger dishes. For that reason I intend to start with NB.

This is the setup I plan(ned) to build: 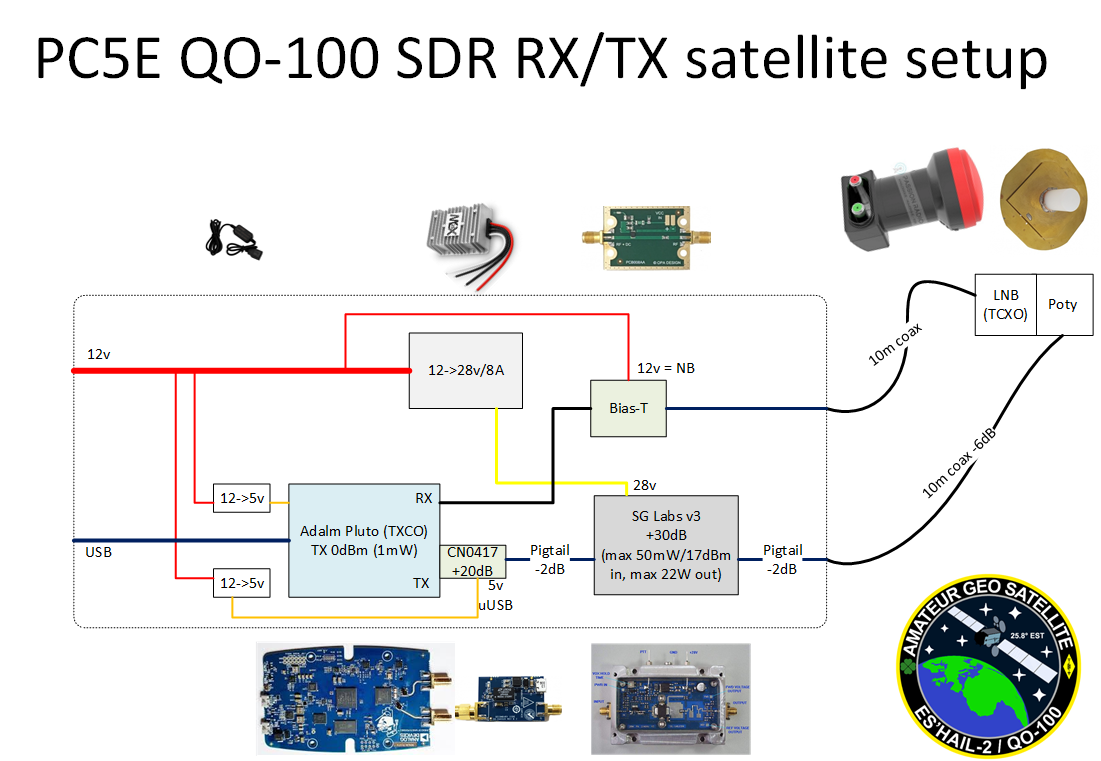 The heart of the setup is an Adalm Pluto software defined radio, intended for students to tinker around with. It can send and receive from 70 MHz to 6 GHz and has an output of max 1mW.

To get to the required powerlevels for TX, I first amplify the 1mW to about 100mW with a small CN0417 PA, which feeds a bigger 22W (max) PA from SG Labs. It takes a max of 50mW as input and since the pigtail between the CN0417 and the SG Labs PA will attenuate the signal by 2dB I will (probably) need no attenuator. The max 22W output will now go to the POTY TX antenna at the satellite dish and the 10m coax cable will attenuate the signal by about 6 to 8 dB, leaving me with about 2-6 W actual power. Since the dish will do about 30dB in gain, EIRP is about 2.000 to 6.000 W. ;)

For RX I use a TCXO LNB, which is very stable on the RX frequency. It will be powered via the 10m coax cable through a Bias-T. It will the go to the Pluto for RX.

With this setup I can have full duplex QSO's, which is required so you can check your own signal all the time. We are guests on the Es-Hail 2 satellite and we do not want to disturb the host organisation. :)

The software used is SDR Console, which can do all the TX and RX bits. For voice that is enough, for digimodes I feed the audio to WSJT-X through a virtual audio cable.